Anyone who is even mildly serious about playing poker will have, over the course of their lives, accumulated quite a list of tactics, strategies and tips that they will gladly bore their friends with for hours on end.

The truth is that while some of these techniques might be pretty bankable the majority will be a rag-tag bunch off personnel theories, opinions and untested beliefs.

The tips and pieces of advice that can really make a difference to your game are those that have been extensively field tested by seasoned poker veterans. Your average hobbyist just won’t be able to put their ideas to the test in the same way, and here’s why…

How to Become a Pro

Your average amateur poker player might meet up with a few buddies once a week, maybe even twice for a game, if it’s a guy who likes to play poker. So that’s two games a week, 52 weeks a year, and a total of 104 chances to put a technique to the test…statistically significant?

Not even close. Firstly are we to assume our hypothetical hobbyist trials the same technique at every game – probably not. The chances are he switches back and forth as most poker players do, so that already takes us down quite a few trials, quite a lot still you might say, except that even those trials are pretty worthless due to the following two factors…

When it comes to determining the reasons for our failures and success we humans tend to let our emotions get in the way of the facts. And poker players are not different, at least at amateur level. If you have a poker tactic you’ve developed yourself, that you consider pretty darn nifty, you’re likely to let your ego get in the way by attributing wins to that tactic that could have been due to flukes, mistakes made by your opponent, or a host of other factors.

Conversely you’re also more likely to dismiss any losses that resulted from the use of that tactic and blame them on something else, because they don’t fit in with the story you’ve been telling yourself about how great said tactic is. This is a very well documented phenomenon called conformation bias.

The majority of amateur poker players are social, which means that their games are an extension of their normal lives. This, when you think about it, means they’re most likely playing the same opponents week after week after week. This has a completely warping effect on their ability to tell a good tactic from a bad tactic. A bluff that might always work on a poker buddy might never work against anyone else.

Equally a method you’ve devised to beat that sneaky thing your brother in law always does might appear completely redundant, when you realise your brother in law was the only person that does it. You don’t have to be a scientist to tell that these two barriers to developing effective poker strategies don’t apply to professional players. 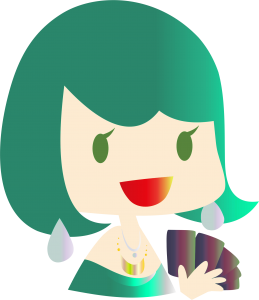 The average pro will play thousands of games a year. When they’re not playing in tournaments they’ll be playing friendly. In their down time it’s a safe bet to say they’ll spend a fair bit of time playing against opponents with artificial intelligence.

All this amounts to the fact that pros play enough games to have a statistically significant idea of what works and what doesn’t. For the professional player, poker is a livelihood – their wins are their pay checks. This means that they are unlikely to let their egos or emotions get in the way when it comes to the cold hard facts.

Moreover they are likely to record their wins and losses and actively analyse what went wrong or right in a rational way – for example, they’re unlikely to fall prey to confirmation bias.

This one’s a no brainer: professional players will play games against card sharks from all over the world. Their tactics are constantly being tested against a wide range of opponents, and, as a result, they know which tactics are likely to exploit rare weaknesses and which are likely to leave the majority reeling.